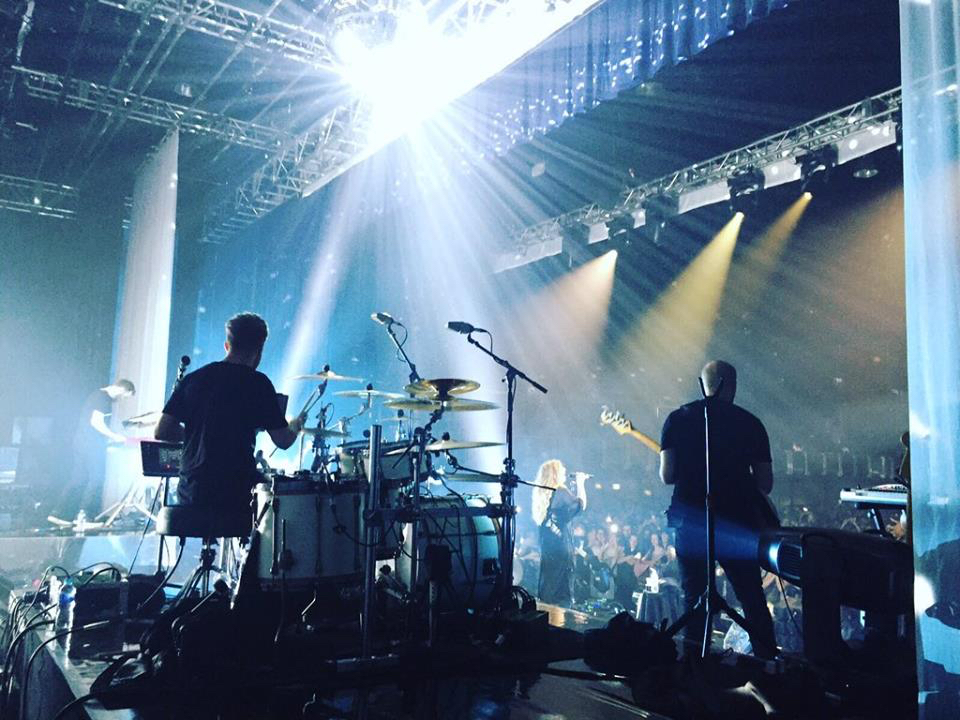 Happy with the performance of its Coda range, Adlib were naturally keen to explore any advantages offered by the AiRAY system and identified a number of positives that prompted an immediate investment. From their comprehensive experience of the industry, Adlib identified what they saw as a gap in provision for theatre productions where smaller available line-array systems were not quite adequate but where the requirement for ‘the next size up’ in the shape of systems designed for arenas, constituted an overkill in both audio provision and trucking requirements. In addition, the load-bearing capacity of the ceilings in some older theatres does not allow for the suspension of larger line-arrays. Whilst AiRAY could immediately address this particular sector of the market, its proven performance when scaled for arenas would also be hard to ignore. AiRAY’s audio performance and the flexibility offered by its ultra compact, ultra light-weight construction would provide the company with the best of both worlds and the system made its Adlib debut on a recent tour by rising star Ella Henderson.

“The Ella Henderson tour was actually a real mixture of venue types. Some of them were limited in terms of load-bearing capacity and others not. Obviously we needed something that could cope with those variations without any compromise on power and AiRAY was perfect. Everyone was really pleased with its performance and its size and weight meant that we were able to truck it with the backline. The cost implications of that certainly can’t be ignored.”

George Puttock was Adlib’s System Tech on the tour, supporting FOH Engineer and Production Manager Andrew Thornton and Monitor Engineer Baggy Robinson. He offered an unequivocal view of AiRAY’s qualities:
“The tour was a great success in every respect and AiRAY’s contribution on the technical side of things can’t be overstated. Time after time on theatre tours I’m presented with the issue of having enough weight available to fly sufficient PA to cover the audience. Often small format boxes would be used, but the usual compromise of a small box is its sonic character. Small systems don’t usually have the power to create a big image for the audience and engineer, nor do they have the power resources for really solid low-end. Very often, small drivers are pushed to the limit of what they can do, working far lower than intended in an effort to get enough low-end from the enclosure.

This is one of the areas where I found Coda’s AiRAY stood out from the crowd. It’s an extremely lightweight box but it has an output that is comparable and often exceeds that of some reputable large-format double 15″ enclosures. I would be more than happy (in fact, overjoyed) to see this at work in an arena situation, so to get 11 boxes up on a 500kg point in a theatre is out of this world!

This is not to say that quality was compromised to get this output level. The annular ring diaphragms operate much the same as ribbon drivers, but with much higher output. The double 12″ LF drivers are the most powerful Coda have ever created. The Coda amp platform is a serious contender now too, being a joy to use and reconfigure daily. All these factors make this a truly exceptional system that impresses me more with each challenge it meets. The bottom line here is that Ella’s vocals were right in your face and the gigs sounded brilliant. Andrew, the FOH engineer did a great job and the audience’s reaction to the gigs really said it all. AiRAY is a superb system and I’m looking forward to using it again soon.”

Following its highly successful debut, Adlib used AiRAY at Brixton Academy for a show by Public Service Broadcasting, an event which once again underscored every advantage offered by this game-changing package.