Tongbo Takes CODA Audio Up and Down the Mountain

ViRAY delivers clarity for spellbinding performance at NCPA in Beijing. 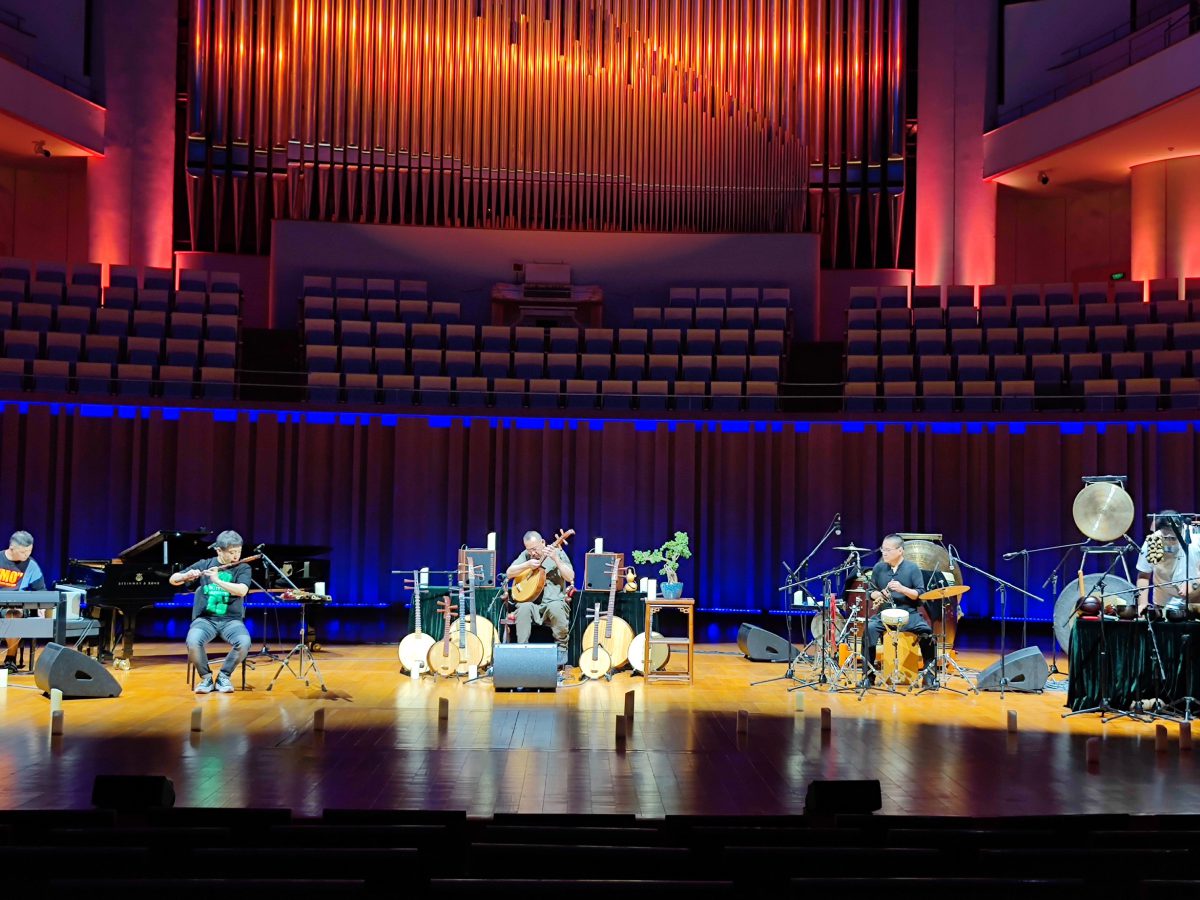 The National Centre for the Performing Arts in Beijing is the largest theatre complex in Asia. Known colloquially as ‘The Giant Egg’, the Centre houses an opera hall, music hall, theatre and art exhibition halls, as well as restaurants, shops and other ancillary facilities. CODA Audio’s Chinese distributor, production specialist Tongbo, regularly provides systems for key events at the prestigious venue, and having last year supplied a CODA N-RAY system for the Chinese Peking Opera Arts Festival, returned this summer to meet another interesting challenge.

Feng Mantian a prominent virtuoso on the four-stringed Chinese instrument the zhongruan, delivered an ambitious performance based on the theme of ‘Up and Down the Mountain’, drawing inspiration from China’s rich cultural heritage. First conceived in 2018, the show, which featured The Mantian Orchestra, was honed on an extensive world tour before returning to the Beijing stage for this gala evening.

The nature of the eclectic performance, which also featured wind instruments, keyboards, percussion and electronic elements blended with singing and spoken voices, demanded crystal clear audio that could faithfully represent the wide diversity of sounds and styles to be covered. From jazz and rock to classical and poetry, ‘Up and Down the Mountain’ covered the full spectrum of audio for which Tongbo this time supplied a system based around CODA Audio’s ViRAY line array.

The ground-stacked ViRAY system was supplemented with CODA’s SCP Subwoofers with HOPS5 and HOPS8 point source speakers as fills. CUE ONE and CUE TWO three-way stage monitors completed the system.

“To see CODA Audio systems in use again at one of China’s most high-profile venues is fantastic and is a great testament to the work of our distributor Tongbo. The second half of the performance was designed to be staged entirely in the dark, with Feng Mantian and the other musicians delivering an unscored, unrehearsed improvisation. Under those circumstances, the audio system becomes the audience’s only link with the music, so the sonic detail needed to be outstanding. By every measure the show was a huge success and we’re very proud to have been a part of it.”