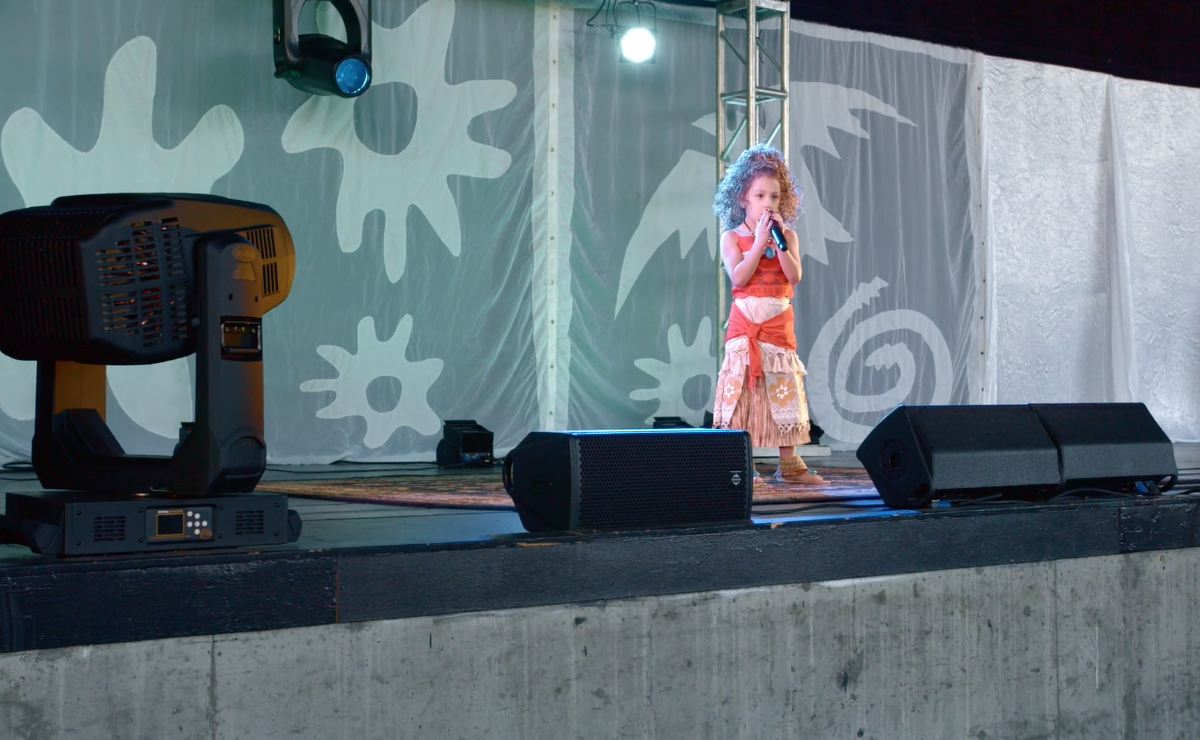 The Make-A-Wish Foundation is a nonprofit organisation founded in the United States that helps to fulfill the wishes of children with a critical illness between the ages of two and a half and eighteen years. Towards the end of last year, when Becci Smith of the Make-A-Wish Greater Bay Area Chapter in Northern California received five year-old Valeria’s wish to sing on a big stage, she decided to contact the team at the Concord Pavilion. Operated by Live Nation and owned by the City of Concord, the venue has a capacity of 12,500 – by Becci’s reasoning if ‘big’ was the operative word, where better to start?!

What followed was a display of cooperation between entertainment technology professionals that not only made Valeria’s wish come true, but reminded everyone involved just how much they’d missed the shows that are the lifeblood of the industry. Against the backdrop of the Coronavirus pandemic where access to venues was naturally difficult, the team at Concord made their iconic venue available without hesitation. When regular Make-A-Wish volunteer co-ordinator, Ian Williamson, reached out to a selection of suppliers for advice, they all immediately chose to offer their services and join in. The resulting performance saw Valeria, who suffers with a congenital heart disease, take to the Pavilion’s stage with a full professional production, and deliver an exceptional performance.

One such contributor was audio provider Some More Sound of Walnut Creek whose owner Yuri Sumnicht answered the call in the affirmative. Yuri chose to install a CODA Audio APS system to take care of the front of house, with stage monitors and front fills also by CODA.

The day was summed up by Mike Wunder of Wunder Lighting and Controls Inc., who reflected that ultimately Valeria had given as much to the team staging the event as they had given to her:

“It was very healthy for everybody there. Because nobody has been able to do a show, we probably didn’t realise how much we missed doing it. So I think it was not only ‘make a wish’ for Valeria but it kind of granted a little wish for everyone that was working the show.”